I simply adore scrapbooking digitally, and I love sharing this hobby with others.

I was instantly hooked on scrapbooking when I discovered the new scrapbooking store close to me in 2000, after the birth of my son. I knew instantly that I'd found what I'd been searching for for years--storytelling and an art form rolled into one! I'd saved memoriabilia all my life, looking for a way to record stories of my life, and now that collecting was going to come in handy. Scrapbooking also allowed me to record the stories of my son's childhood, which has been especially important to me since I'm an adoptee and had no idea of my beginnings until age 34. I also began making travel pages to document our vacations. I was fortunate to live in an area where crops and classes were offered, as well as the occasional convention.

We moved to the Southwest, to a place where classes and crops were few and far between, so I began the Yahoo group 'Cruces Croppers and Stampers, which later became Southwest Stampers and Scrapbookers. Our membership grew considerably, and I began creating graphics to dress up the webpage. I inadvertently discovered one day that I'd learned the basics for digital scrapbooking and began the "hunt, peck, and cuss" method of teaching oneself Photoshop Elements so I could go "digital." I'd seen those beautiful pages of children with wings and other neat tricks and wanted to do that too.

I threw myself into digital at that time and joined several online digiscrap communities. That led to becoming a creative team member for several digidesigners and onlines shops. I was creating lots of boy pages but found so few kits, and so I began creating what I needed--that progressed to designing kits, and I began selling online in 2009.

I've dabbled on and off in designing for years, sharing or selling things I've created for my own pages, since my first goal is to try to keep up with my own books. As you know, we NEVER get caught up! I've become partially disabled due to the progression of lipedema in the past four years, and after eight procedures and surgeries on my legs, I'm only able to work part time. Luckily I now have more time to design and scrap.

I find scrapbooking, either paper or digital, very therapeutic at times--it's like a diary of sorts and allows one to combine art and to "get it all out" on a page. I find myself creating a lot of pages about lipedema. It's such a frustrating disease to have, since it's not readily recognized by most practitioners. It's no secret that our fat-phobic medical community has treated some lipedema patients horribly--I've heard horrific stories. My own case was totally overlooked and/or ignored for decades by the many physicians I sought out for help--I was simply labeled fat and dismissed, instead of receiving treatment which could have possibly staved off development. Instead, I progressed to stage 3, the worst one. All of this has created a lot of anger and frustration, and this hobby has helped to give me an outlet to express myself and also helps me forget about the near constant pain. 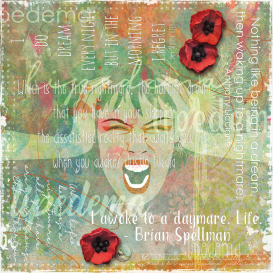 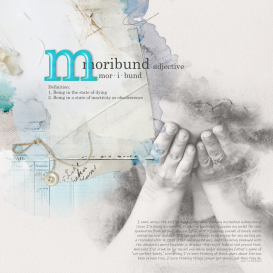 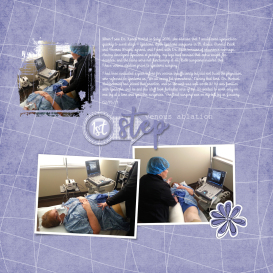 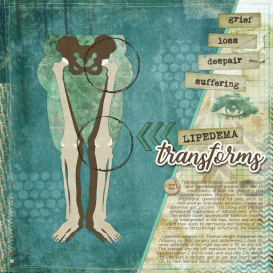 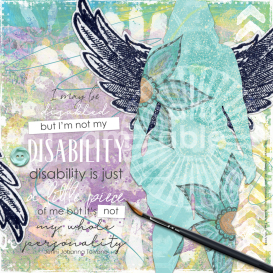 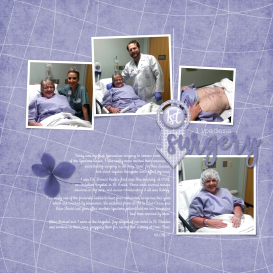 I also love creating travel pages. Sometimes I use the internet to try to incorporate the area's history into my jounaling, as I feel it makes my journaling better and makes the page more interesting for the reader. 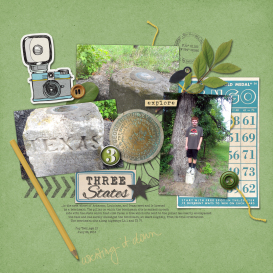 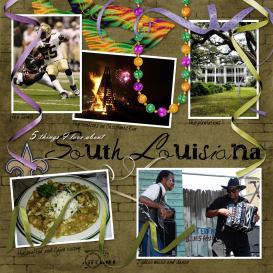 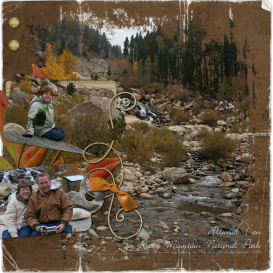 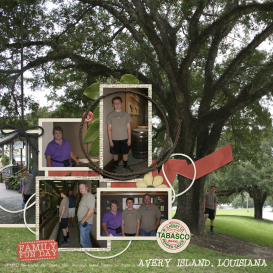 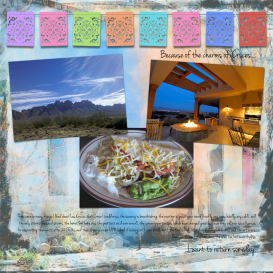