Spreading the word about this disabling disease is something near and dear to me, since it is not known or even understood by many physicians. Lipedema has robbed me of my career as a nurse, as it adversely affects the joints and therefore mobility--it is the result of a poorly-functioning lymphatic system. I began showing signs at age 7, but no physician over three decades in seven different states could diagnose me as they were unaware of the signs or symptoms or lipedema. I was dismissed as obese and sent home with yet another diet to follow.

Lipedema is a progressive disease which occurs almost exclusively in women; as of this date, there have been two known cases diagnosed in men. There is little known about the disease, and there is no cure. Treatment focuses on attempting to suppress further development of the diseased tissue.

Lipedema presents as symmetrical accumulation of fat in subcutaneous tissue that disproportionately affects the lower limbs, usually from buttocks to ankles, although there are several places where it develops, and these are termed the "types" of lipedema. The legs are usually very sensitive and painful to touch and also prone to easy bruising, as the capillaries "leak." In about a third of women, the arms can also accumulate distinct patterns of fatty tissue. A genetic component to the disease is suspected, and other possible causes include metabolic, inflammatory or hormonal involvement.

Until a few years ago, there was no research being done of lipedema, despite it being discovered in 1940 by Drs. Allen and Hines of the Mayo Clinic. Despite this discovery, and 80 years later, many physicians still do not recognized it and generally misdiagnose it as simple obesity or even lymphedema. It is only recently that interest and education about lipedema has been gaining awareness, even though it is estimated that 11% of women have the diesase.

You can learn more about this disease at Lipedema Source. 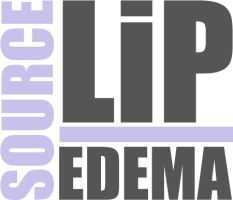